Chromosomes are packaged structures housing our DNA. Two of these scientific constructs determine our sex and the rest take care of all our other fascinating biological abilities and characteristics.

Our genes usually stay nestled within these structures, banded together and making up the pieces that enable our cognitive function or our facial symmetry. However, in very rare cases during the formation of reproductive cells, random events occur and genes change or disappear from the body.

Natasha Petrie, 33, was born with approximately 26 to 28 genes missing from her chromosome 7 region. It took her parents over a year to discover that their, often distressed and unwell child had Williams syndrome.

Williams syndrome is caused by the deletion of genetic material, giving those affected mild to moderate intellectual disability, distinctive 'elfin' facial features and a considerable amount of medical issues, particularly cardiovascular problems. People with Williams syndrome are known for their unique personality characteristics, and most have an extremely sociable nature, show no signs of racial or gender bias and come off as very happy individuals.

Although Natasha has a good sense of humour and the ability to chat on length, she considers herself an exception to Williams syndrome's outgoing nature. She believes her social characteristics come out in ways other than being affable. 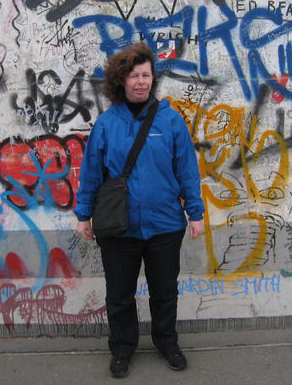 "Although a lot of people with Williams syndrome are gregarious, I'm not," she says. "I'm actually quite quiet and it takes a special person to draw me out. But once they do, I will start to talk more and more.

"My hypersensitive hearing means that I'm alert and really observant, which I think makes me good judge of character. I am insightful and understand conversations more than people realise, because I appear as if I'm not listening."

Natasha lives an active lifestyle. She attends community programs like pottery and museum excursions and enjoys playing Nintendo games and eating out at her local Vietnamese restaurant in Sydney. She is well-travelled, having visited the UK, Berlin and Singapore, and has very supportive network of friends and family. She sees her non-Williams brother up to three times per week. Despite her rewarding daily activities like volunteer work or going swimming, Natasha finds her condition a challenge.

"I wish I didn't have Williams syndrome, because I can't 'face the world'. I feel that people think it's a painful thing to have and I think that's unfair. I also have pressures to please everyone and I get upset when I do things wrong."

Natasha's parents, Dianne and Richard have also gone through challenges treating their daughter's genetic illness. Before her diagnosis, they were firstly puzzled over Natasha's physicalities like her pronounced epicanthic folds (the skin of the upper eyelid), biggish lips and a wide mouth, but also her refusal to eat and delayed motor skill milestones. 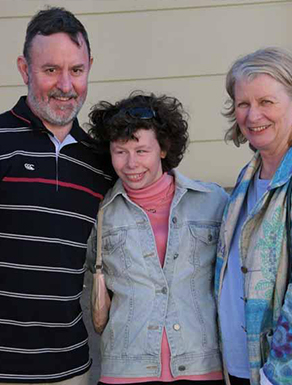 "Her crying lasted around 20 hours a day for seven months, and continued at a less ferocious rate until she was two," says Natasha's mum, Dianne. "Her first babbling was at seven months, followed by her first smile at eleven months.

"From the early days of being born with a heart murmur and taken straight to intensive care, we asked what was wrong. And after months of consulting different paediatricians and still having no diagnosis, we started our own programme; physio, early intervention – you name it, we did it."

When Natasha was nearly two years old, the Petries made a difficult decision to have her "squinty eyes" operated on, as she was approaching an age where depth perception development is key. Although many doctors refused to operate on a small child with a disability, they eventually found one who not only performed the surgery, but diagnosed Natasha with this neurodevelopmental disorder. Finally, the Petries could understand the cause of the condition and, vaguely, what to expect.

"The limited information we received was of a medical nature and what we really need was practical information; day-to-day management, other parents' experiences, what parenting techniques work and don't work."

"We were supplied with a piece of information copied from a text book," says Dianne. "The limited information we received was of a medical nature and what we really need was practical information; day-to-day management, other parents' experiences, what parenting techniques work and don't work."

Dianne says that fortunately the information on Williams syndrome today is far better than in 1982 and since her learning curve, she is now very involved in various community support groups. 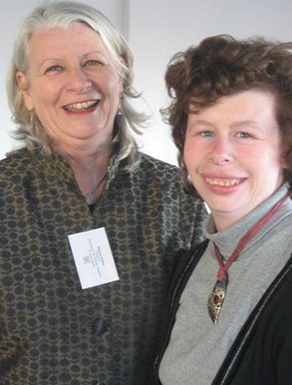 "Sadly, some of our members have had their diagnosis made in their 30s and even, 40s, when present-day care practices would have almost certainly been beneficial. Nowadays, improved diagnostic method can now determine Williams syndrome with in one to two days of a childs' birth."

Now in her 30s, Natasha is still learning to manage her condition.

While Natasha's parents are proud of their daughter's achievements, they have fears for the future. As Dianne and Richard grow older and they recognise that their daughter will always need care, and they now embark on a new experience of Williams syndrome and get a better understanding of adults who have the genetic disorder.

Some of Natasha's quotes have been edited for clarity.